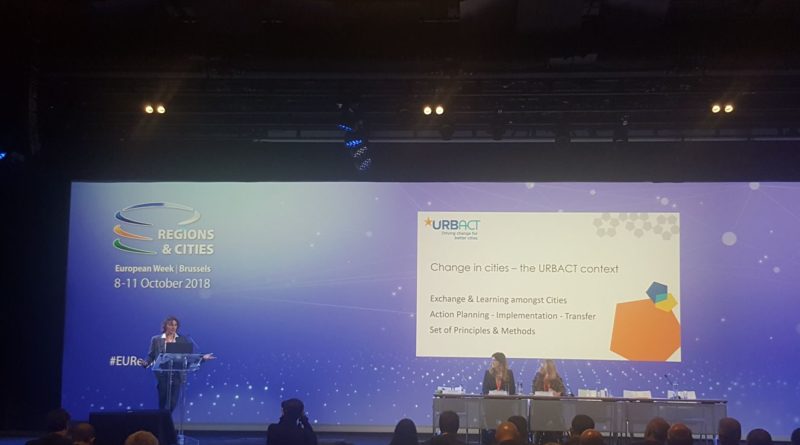 The European Week of Regions and Cities is an annual four-day event during which cities and regions showcase their capacity to create growth and jobs, implement European Union cohesion policy, and prove the importance of the local and regional level for good European governance.

If you want to meet us there, contact us!

Leitat is attending the event to participate to the discussions on smart specialization, on the collaboration between region and Europe to support industrial infrastructure (such as IAM3D HUB) and their access by SMEs (such as KET4CP and AMICE). Discussions are mainly focused with city councils to identify their need and offer potential technological solutions to support their policies, in particular concerning urban mobility & environmental contamination (such as Urban GreenUP and GrowGreen).

The event was created in 2003 when the European Committee of the Regions invited Brussels-based local and regional representations to the European Union to open their doors to visitors simultaneously. One year later the European Commission’s DG for Regional Policy also joined the adventure.

Developing from the initial concept, the event has become a European networking platform for experts in regional and local development. Exchange of good practice in economic development and social inclusion, cross-border cooperation, public-private partnerships, regional innovation and community-led local development have become some of its many topics.

Over the years, the event has grown into the key event on EU Regional Policy. It welcomes some 6.000 participants in October each year (local, regional, national and European decision-makers and experts) for more than 100 workshops and debates, exhibitions and networking opportunities.

In addition to the Brussels-based workshops, local events are run from September to November all over Europe.