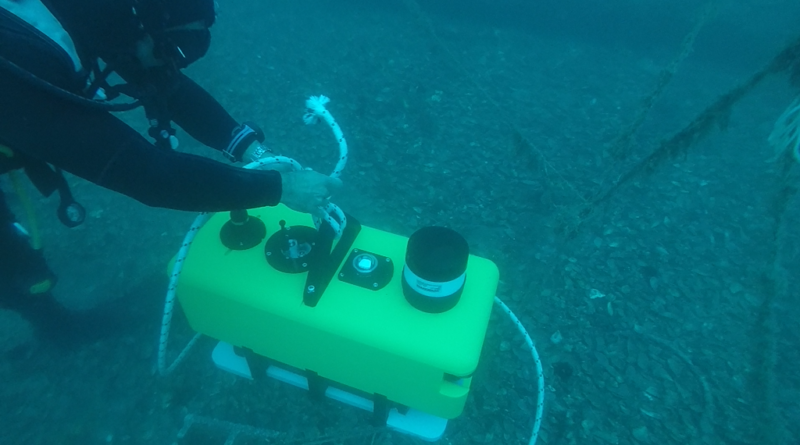 On the 13th of July, a research team from the Democritus University of Thrace deployed successfully an underwater monitoring system in the water of the Gulf of Kavala, in the northern part of Greece. This system called lander reached a depth of 55m where it will monitor the sea by measuring various parameters such as temperature, salinity, conductivity, pH, dissolved oxygen, turbidity and chlorophyll. The system is equipped with a highly sensitive hydrophone to record man-made and natural underwater sound. Natural sound will be separated and further analyzed to derive the abundance and diversity of marine mammals in the area. This deployment was done in the framework of the ODYSSEA, a European-funded research project.

This deployment is part of a large monitoring system collecting data from many databases integrating existing earth observation facilities and networks in the Mediterranean Sea and others with marine and maritime links.

The lander was deployed at the Energean Oil and Gas rig and integrated various high-tech sensors that will allow researchers to better understand the state of the Mediterranean basin and how human activity is affecting its environmental equilibrium.

A second deployment is planned for October 2020 where another lander will be placed in the sea in front of the Moroccan coast integrating a microplastic sensor developed by Leitat.

Below the video of the deployment of the lander.