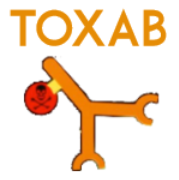 Development of Novel, Safe and Affordable Cytotoxic Antibodies for the Treatment of Cancer

The main objective of the ToxAb applied research project is to generate a competitive advantage in the field of cancer therapy by validating and using the technology of conjugation of cytotoxic agents and gene material (PPRHs) to monoclonal antibodies. Therefore, the project combines the potential of three leading lines of research:

The project is part of the framework of a new paradigm for which all the major pharmaceutical companies at the international level: the ADCs. Additionally, it combines the research potential carried out in Spanish research centers and North American universities (Princeton University and Rockefeller University) through two Spanish entities.

The collaboration has been established between a newly created spin-off (ProteoDesign SL) that has developed a revolutionary technology of conjugation, with a Technological Center (LEITAT) with extensive experience in the field of antibodies and in the functional characterization of new Agent is antitumor. The ToxAb project will allow the development of new ADCs with high added value and a better therapeutic index than those currently used.

One of the technologies of the Biomed division of the Leitat Technology Center is based on its extensive experience in the generation and development of monoclonal antibodies for diagnostic and therapeutic uses; As well as the ability to analyze the therapeutic efficacy of novel drugs in a variety of in vitro cell models and animal tumor growth models.

Currently Leitat has generated new monoclonal antibodies for therapeutic application against transmembrane receptors expressed on the surface of tumor cells. The particularity of these antibodies lies in their double specificity since they recognize a common epitope in Her1 and Her2. Although antibodies against Her1 (Erbitux and Vectibix) and against Her2 (Herceptin and Perjeta) exist to date, the only dual inhibitors against Her1 and Her2 are low molecular weight chemical molecules (lapatinib, neratinib, and afatinib). These molecules and their good therapeutic results in patients of different tumor types open the door to the dual approach also in monoclonal ones. In this sense, the new antibodies generated by LEITAT represent a reflection of these needs. Additionally, the side effects reported by mAbs against Her1 (dermal rash) or mAbs against Her2 (cardiovascular problems) and which have not been described in a cross-over manner may be considered. The dual specificity of the new mAbs allows us to assume that the recognized epitope does not participate in any of the pathologies and consequently could be better tolerated by the patients.

In addition, recently the Leitat Biomed Division research group has published the use of DNA hairpins (PPRH) against survivin as a gene therapy agent for prostate tumors, this strategy being also extended to other tumors.

The combination of the new Leitat PPRH against survivin (for breast and colon cancer) to the new Leitat anti-Her1 / Her2 antibodies using the innovative Proteo Design technology justifies the innovative character of this ToxAb project. In addition, the project is also complemented with the binding of cytotoxic molecules to the same antibodies. Finally, the project contemplates the analysis of the anti-cancer therapeutic activity of the products generated in the cellular models and in the tumor-reduction models in mice provided by the Leitat center.