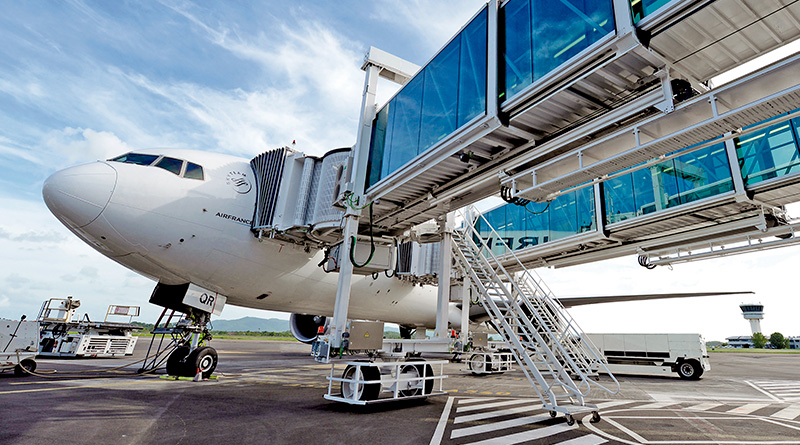 A bad operation of the Passenger Boarding Bridge (PBB) implies an enormous impact for the airport and the airline, for the security aircraft occupants (passengers and personnel on board) and repair costs associated with the damage caused, which ultimately results in losses of millions of euros per year.On the other hand, due to people control and new anti-terrorist policies, access to the transit zone and especially the boarding gates has undergone significant changes in terms of security, basically translating into an increase in access control and inspection over the passage. For this, the history of previous transits is taken into consideration (especially in areas of the Middle East and countries with high alert levels due to terrorist alarm).

One of the problems to be dealt with is the transit in boarding areas, making it safer, faster and more comfortable for the user. This is why the SPB project focuses on two primary aspects:

1. The development of a system for the automatic, accurate and safe positioning of the PBB that allows the accident rate reduction and increase the operability of airport facilities by reducing waiting times for the passage.

2. The design and implementation of an identification system for people in transit for PBB, which allows facial recognition of passengers during boarding and disembarkation operations of the aircraft to be used in airport security protocols.