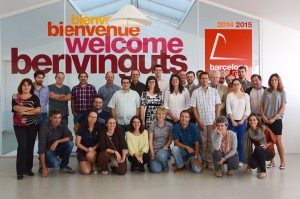 The EC-funded COMMON SENSE project is making continuous progress towards a new future for marine monitoring. The project is developing prototypes for innovative, next generation sensing technologies that will contribute to the implementation of the Marine Strategy Framework Directive (MSFD) and therefore support the protection of the marine environment in Europe.

Sensors being developed by the COMMON SENSE project will increase the availability of standardised data on: eutrophication; concentrations of heavy metals; micro plastic fraction within marine litter; underwater noise; and other parameters such as temperature, pH, pCO2 and pressure. These cost-effective sensors directly respond to current marine monitoring challenges and will be a key tool for EU Member States in meeting their MSFD requirements and achieving Good Environmental Status (GES) of their marine territories.

Sergio Martinez, COMMON SENSE Scientific Coordinator, said: â€œCOMMON SENSE is now entering one of the most crucial phases in the project as we conclude the development of our sensors in the lab and begin to test them in real sea conditions. This represents a very exciting time for all partners as we wait to assess their performance in these very changeable and challenging environments. At present our eutrophication and underwater noise sensors are being tested in the Mediterranean and Baltic seas and these will be followed by more prototype deployments in the spring of next year.â€

The COMMON SENSE innovative prototype sensor for monitoring underwater noise was first deployed in September 2015, and is currently undergoing further testing having being deployed in the Baltic Sea. Furthermore, a peristaltic pump (an integral component of the microplastics sensor), and eutrophication, heavy metal, pH and pCO2 sensors will be deployed for the first time before the end of 2015. The full microplastics sensor prototype will shortly follow and is expected to be tested at sea in early 2016.

These deployments represent the first testing of these ground breaking sensors in real sea conditions. The sensors will be deployed from fully equipped research vessels under the guidance of project partners Consiglio Nazionale delle Ricerche (National Research Council of Italy, CNR) and The Institute of Oceanology Polish Academy of Science, (IOPAN).

Progress on the development of these sensors was presented at the projectâ€™s recent partner meeting held in Barcelona, Spain, from 6-7 October 2015. All sensors are now in their final stages of development and functional prototypes of all sensors are expected early in 2016. The meeting was hosted by COMMON SENSE partner The Barcelona Foundation for Ocean Sailing (FNOB, FundaciÃ³ NavegaciÃ³ OceÃ nica Barcelona) at their interactive educational and exhibition space and conference venue â€œThe Barcelona World Race Interpretation Centreâ€. The meeting brought the COMMON SENSE consortium together to discuss the progress of the project and to decide on future actions as the project now enters its final 16 months.

During the meeting, partners reviewed and evaluated the progress of each of the projectâ€™s activities. As the work nears the pivotal sensor integration stage, a specific session focused on integration and interoperability was high on the agenda. The partners also discussed how to maximise effective collaboration and knowledge sharing with other EC-funded projects with a similar focus on marine environmental monitoring, in particular with the SCHeMA, NeXOS and SenseOCEAN projects.

COMMON SENSE will run until February 2017 with an overall budget of â‚¬6.07 million. The project will receive a total of â‚¬4.66 million of EU funding under the OCEAN 2013.2 area of the Seventh Framework Programme (FP7). This is a cross-thematic call reflecting the EUâ€™s focus on major sea-related challenges. The projects involved will work towards delivering sustainable and innovative solutions to fully reap the potential of our oceans.

COMMON SENSE is coordinated by Spainâ€™s LEITAT Technological Center, which leads a diverse consortium of fifteen partners from Ireland, Italy, Poland, Former Yugoslav Republic of Macedonia, Germany, Spain and the UK. The consortiumâ€™s expertise and geographical distribution will enable multidisciplinary marine environmental monitoring of key marine regions, including the Baltic Sea, the north-east Atlantic Ocean and the Mediterranean Sea. AquaTT is the projectâ€™s Dissemination and Knowledge Management partner.