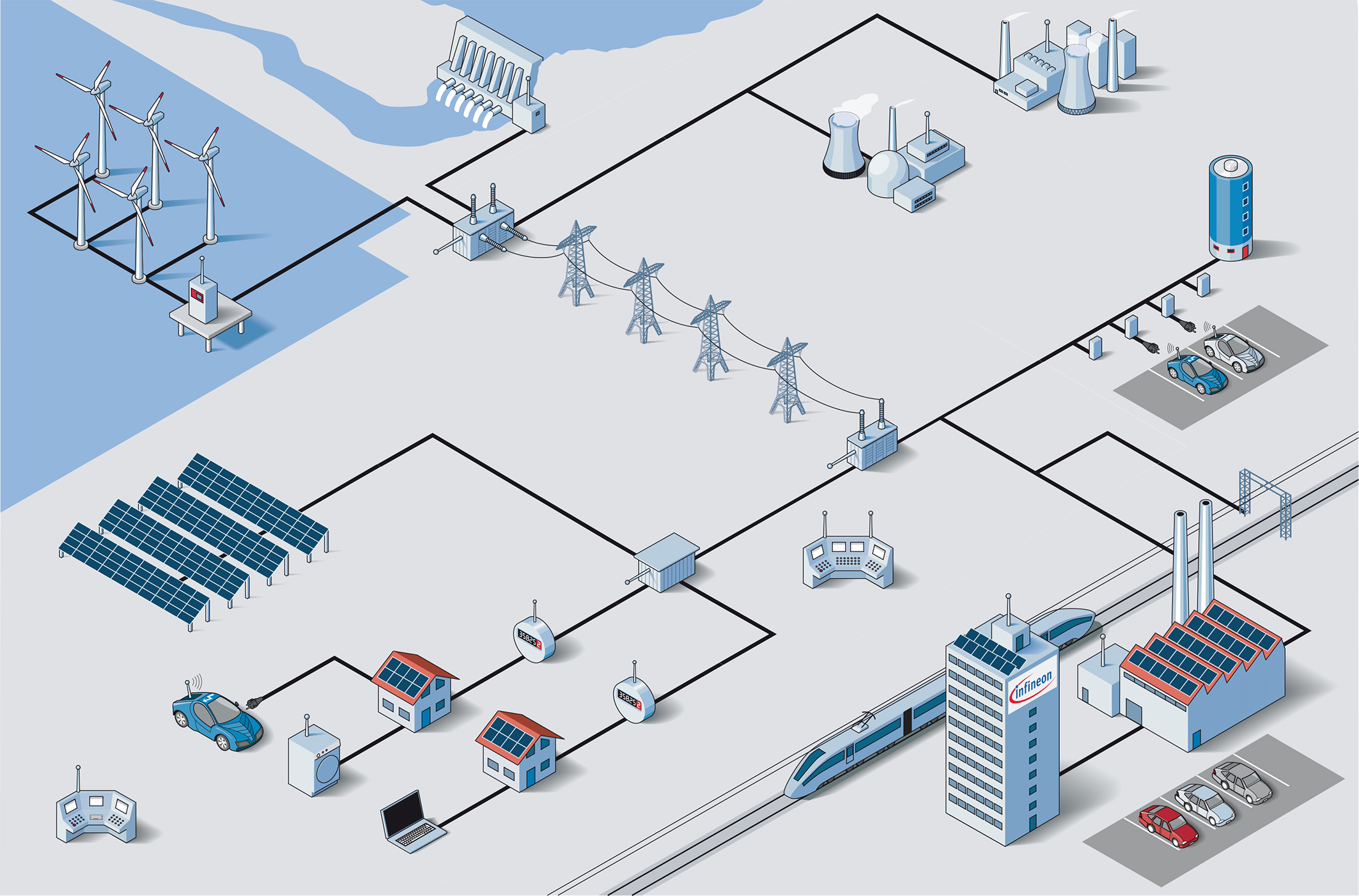 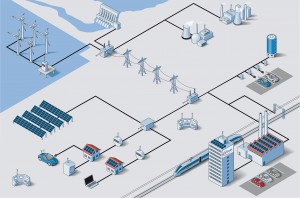 Highly developed societies require a stable power supply that also protects the environment. The goal then is to generate electricity in as targeted and sustainable a way as possible, and to transmit it and use it as efficiently as possible. The research project “E2SG” (Energy to Smart Grid) supports these goals. It lays the foundations for greater stability, energy efficiency and data security in the smart grid. Infineon Technologies AG coordinated the project, which has now been successfully completed. A total of 29 project partners from nine European countries participated. At the European Nanoelectronics Forum 2015 E2SG was presented with the 2015 ENIAC Innovation Award.

The research project E2SG began in 2012 with a set duration of 42 months. Half of the total budget amounting to about Euro 32 million was contributed by the project partners. The European Commission initiative ECSEL JU funded the project to the tune of nearly Euro 5.2 million. Additionally, the participating project partnersâ€™ countries of origin contributed Euro 10.5 million to the project.

The smart grid can be understood as the “Internet of Thingsâ€ at the power supply level. It is a power network whose nodes are communicatively interconnected. By exchanging information within the network and processing status and environment information, energy can be generated according to demand and be transmitted and used more efficiently.

Modern microelectronics for higher energy efficiency and security
The research results of the E2SG project will allow for a more sustainable energy production and more efficient energy conversion. For example, a bi-directional voltage converter â€“ with an efficiency of over 96 percent â€“ will facilitate the efficient power supply of electricity from different energy sources. This supports the use of

renewable energies and makes the power supply more flexible and, by extension, more stable. By using optimized MOSFET power switches with over ten percent lower line resistance for voltage transformers such as power supplies and converters, together with advanced high voltage technology, power and conversion losses can be reduced. This saves power and reduces CO2 emissions. However, the increasingly communicative networking in the smart grid also requires reliable security solutions to protect the data from unauthorized access. One of the E2SG project components was the development of new security controllers. These use advanced encryption of the data exchange to significantly increase the security in the smart grid.

The results of E2SG represent a major economic potential and are also of value to society, winning the project the ENIAC Innovation Award. Dr. Yves Gigase, ECSEL Head of Operations, presented the award at the European Nanoelectronics Forum 2015 on December 2 in Berlin. Project coordinator Holger Schmidt, R&D Funding Projects at Infineon, accepted the award on behalf of the consortium. “All of the 29 project partners brought in their individual research expertise and thus made an important contribution to success. It is very encouraging to see our hard work paying off and to have the achievements of E2SG recognized this way”, says Holger Schmidt.

The 29 project partners from nine European countries are:

Infineon Technologies AG is a world leader in semiconductor solutions that make life easier, safer and greener. Microelectronics from Infineon is the key to a better future. In the 2015 fiscal year (ending September 30), the company reported sales of about Euro 5.8 billion with some 35,400 employees worldwide. Infineon is listed on the Frankfurt Stock Exchange (ticker symbol: IFX) and in the USA on the over-the-counter market OTCQX International Premier (ticker symbol: IFNNY).

This press release is available online at www.infineon.com/press