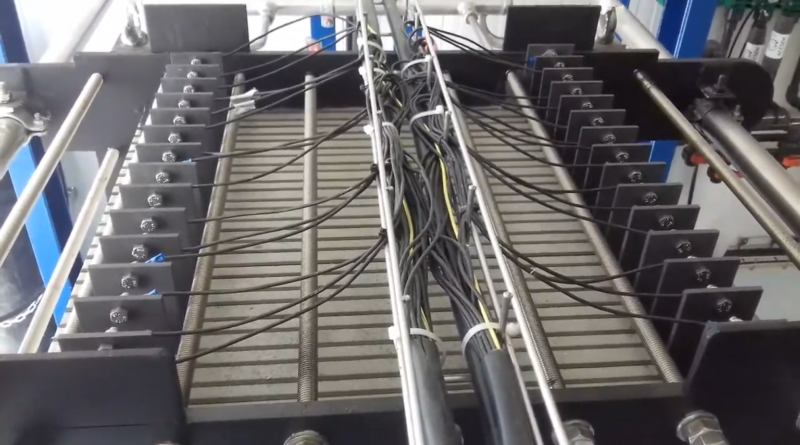 In the framework of the MIDES project, developing an energy-efficient system of freshwater production using Microbial Desalination Cells (MDCs), several technologies were developed and classified as great EU-funded innovations by the Innovation Radar of the European Commission.

The main achievement of MIDES is the treatment of seawater into fresh water for human consumption with an energy consumption around 0.5 kWh/m3, which represents an 85% reduction in current energy consumption respect state of the art desalination technologies. Furthermore, the biological process from which the energy is obtained simultaneously purifies residual water for its discharge in the environment or reuse in agricultural/industrial uses. This has been achieved in the desalination innovation center that Aqualia has opened in Denia, Spain early 2020.

Leitat, as a key partner within the project, was responsible, amongst others, for the development of carbon nanostructured cathodes and anodes, together with SGL, and the fabrication of nanostructured ion exchange membranes with advance properties for MDC application, together with FUJIFILM.. The main value of these improvements is the reduction of reagents required for desalination and energy, thus lowering the operation costs.

In total, five high-value innovations resulted from the project, out of which two are co-developed by Leitat. One is an air-cathode-MDC reactor using tailor made air cathode for desalination function. The other is a Fujifilm Ion-exchange membrane dedicated for MDC with antifouling property. For these two technologies to be commercially available, a last step including market entry preparation and capital are needed. Leitat is currently analysing different possibilities to bring these innovations to the market.