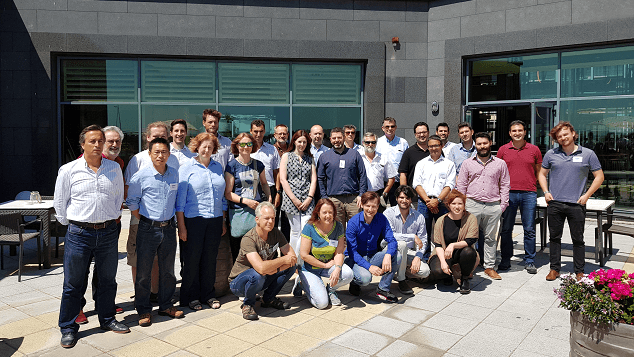 The framework programme of the European Union Horizon 2020 finances the project with almost 6 million euros. Leitat attended the kick-off meeting, which was held on June 28 in Galway, Ireland.

Over the next three years, starting in May 2018, 21 partners from Greece, Luxembourg, the Netherlands, Turkey, France, Portugal, the United Kingdom, Poland, Spain, Italy and China will work together to develop sensors, data sources and a intelligent management platform for long-term monitoring of this promising concept of aquaculture. The management platform developed by IMPAQT will be characterized by being polyvalent (interior, coast and offshore), multisensory and multifunctional (advanced monitoring, modeling, data analysis and decision making).
Conventional aquaculture does not adjust to the growing market pressure, nor to the EU requirements in terms of profitability, optimal use of resources, and environmental management. In this context, aquaculture from an IMTA approach allows a more efficient cultivation of different species in a shared space, connected by transfer of nutrients and energy through water.

IMTA is in its infancy in Europe and its large-scale development is still complicated, mainly due to limited knowledge of how each of the components that constitute the common ecosystem of integrated multi-trophic aquaculture interact and function, as well as like what is the impact on the environment. In this sense, the technologies developed in the IMPAQT project will provide spatially explicit information on how the different components of the aquaculture farm and its regulators interact and their integrated management system, which will operate on an IMTA farm scale and will include analytical and support functions. to the decision making, it will allow to improve the operative decisions for the welfare of the animals, the optimization of the production, the protection of the environment and the evaluation of the quality of the food.

The IMPAQT prototypes will be validated in six pilot countries (Scotland, the Netherlands, Ireland, Turkey and China). This project will facilitate an intensification of aquaculture in the EU, with minimal environmental impact and promising socio-economic results to enable a business model of circular economy.