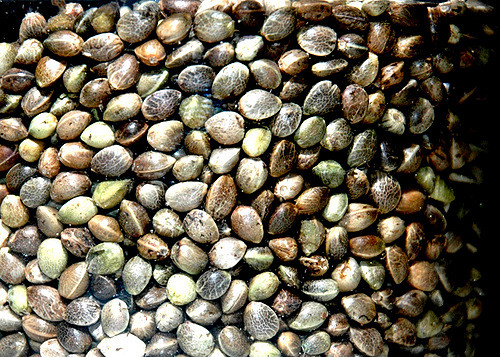 Origin, genetic, chemical and morphological variability and traditional uses of Cannabis: bases for its new applications

Hemp (Cannabis sativa and related taxa and races) and, especially, Indian cannabis (name of one of its most used races as medicinal o stupefacient), is one of the most well-known, popular and used plants in the world. Thisnotwithstanding, its integral study (starting with its taxonomy and until its present and potential applications) is far from being complete. In this project we foresee for the first time a multidisciplinary study linking the fields of morphology, systematics, genetics (including cytogenetics), ethnobotany, phytochemistry and pharmacology, and this concerning one of the species with the biggest biocultural relevance and potential in health in its largest sense, among other aspects. We will use innovative techniques in morphometry, directed ethnobotanical interviews, genotyping and other genetic techniques, chemical analysis of phytocannabinoids and terpenes, and pharmacological investigations in cancer cell lines.

The obtained results will allow us establishing in detail the taxonomy of the genus and its origin, and valuing in a related manner the diversity and variability in its morphometrical characters, its genetic structure, its chemical composition, its traditional uses and management, and its medicinal potential (and, secondarily, others such as food and textile). In addition, the project will create a germplasm bank with seeds of all studied populations, which will remain available for possible future uses. The formation and the experience in different areas of the investigator and work teams ensure us to be able to accept the challenge with guarantees. The other big pillar in which the strength of the project is sustained is sampling, reaching the areas where hemp has its centres of origin and domestication, and wild occurrence. The field trips foreseen, mostly, and, to a lesser extent, the contributions from collaborators, together with the access to germplasm of cultivated races, will allow us to study the diversity of Cannabis as it has never been performed to date, at a large and detailed populational level, with an extensive prospection area and with very different approaches which will be considered jointly.

This study will constitute an innovative contribution to several objectives included in the societal challenges, such as the efficiency and the use of natural resources and raw materials in a climate change scenario, and population health and wellness in a demographic change one. Additionally, the obtained results will be the basis for future Cannabis applications in medicine and in other fields.