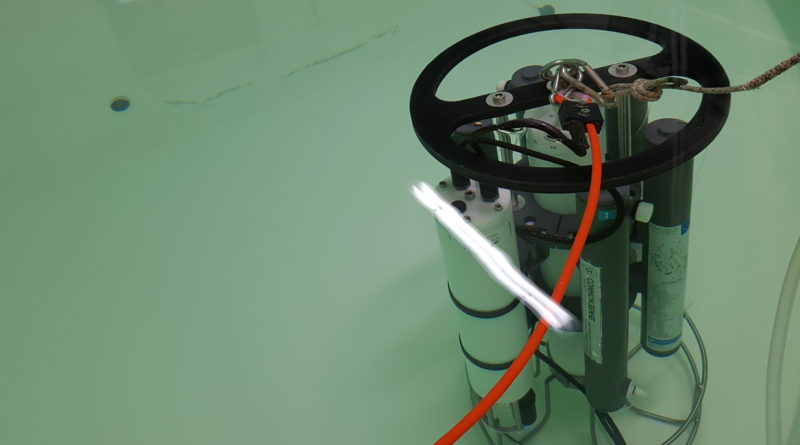 Recently, the information centre on research and innovation of the European Commission published an article presenting the success story of Common Sense project. You can read the original article here.

Common Sense developed new marine sensors to meet the growing need for real-time data on the state of our oceans. Such timely and accurate information will help scientists and policymakers react quickly to ecological threats and ensure that environmental policies are properly implemented.

Marine ecosystems are currently under threat from pollution, the impact of climate change and extensive habitat loss from overfishing. While sensing technology has been used for years to monitor the situation, costly maintenance and its inability to operate autonomously has limited its effectiveness.

To address this challenge, the EU-funded COMMON SENSE project developed and tested a new generation of autonomous marine monitoring sensors that require far less upkeep while providing scientists with a wealth of data on issues such the oversupply of nutrients known as eutrophication, heavy metal concentrations, microplastics and underwater noise.

The sensors were developed with a view to scaling up for commercial production, and have the potential to dramatically improve marine data management. Scientists can receive data directly from the sensors via a custom-built platform, giving them a composite picture of the health of the whole marine ecosystem.

â€œEach sensor can operate as a standalone solution or be integrated into a data sensor platform,â€ explains COMMON SENSE project coordinator Sergio Martinez, senior researcher at LEITAT, a technology centre in Spain.

â€œThanks to the pre-processor inserted within each sensor, real-time information is interpreted and then sent directly to a communications platform. Reducing the need for collecting samples and interpreting data in-situ will significantly reduce costs.â€

Increasing the availability of standardised in-situ data, as well as the geographic coverage of marine sensors, will enable Europe to more cost effectively monitor the oceans and enhance the management of marine activities such as fisheries.

Nanocomposite films were used to develop sensors capable of measuring pH and carbon dioxide levels. Prototypes to analyse the nutrient content of water and detect chemicals such as phosphate, ammonia, nitrate and nitrite were built, as were sensors able to quantify the surface concentration of microplastics.

These sensors were then deployed, tested and validated under a range of conditions in the Arctic Ocean, as well as the Mediterranean, Baltic and Norwegian Seas.

â€œVarious floating devices, buoys, platforms and ships were used under different sea conditions. All sensors were deployed at least three times, and most were tested on at least two different platforms. We also ensured that data was transmitted properly,â€ Martinez says.

The sensors were then integrated into an easily adaptable modular platform known as the Common Sensor Web Platform, or CSWP, designed to suit different monitoring requirements. The data generated is compatible with the Global Ocean Observing System (GOOS) and the Global Earth Observation System of Systems (GEOSS).

â€œGoing forward, universities and research organisations will further develop these prototypes,â€ Martinez adds. He says it is also worth noting that the micro-plastics sensor is currently being scaled up by the EU-funded ODYSSEA project.

â€œWe expect other sensors to be optimised and adapted before final product design; many of the SMEs involved in the project very close to bringing new sensors onto the market,â€ he says.