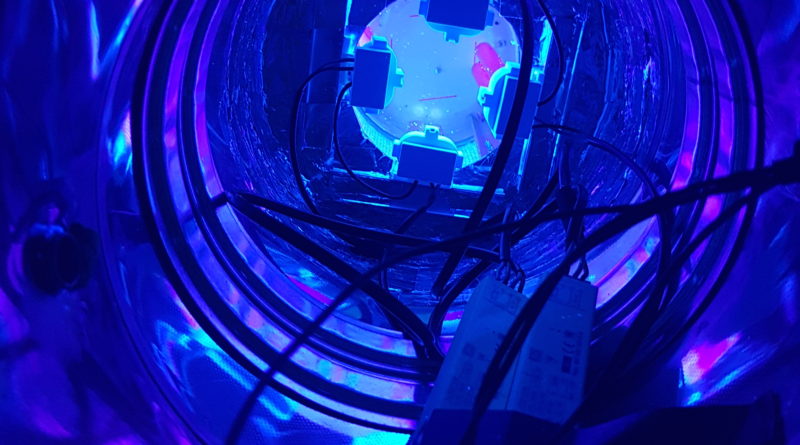 The Breeze project was presented during the 2019 Spring Meeting of the European Materials Research Society (E-MRS), which was held from May 27 to 31, 2019, in Nice, France (Congress & Exhibition Centre Acropolis). It was the 37th of the series started in 1983.

Sonia Sanchis, senior researcher at Leitat in the field of Circular Economy presented a poster of Breeze. Click here to download it.

In the majority of aircraft approximately half of the cabin air is exhausted while the other half is recirculated, passing through a High Efficiency Particulate Air (HEPA) filter to extract contaminants (particles, bio-contaminants), after which it is mixed with outside air to be returned to the cabin. The mixing ratio is controlled by the Environmental Control System (ECS) which provides air supply, thermal control and pressurization of the cabin.

This poor quality of cabin air has been related with symptoms such as headaches, blurred vision, dizziness, nausea and other health problems. The objective of the Breeze project is the development of a novel air purifier capable of removing pollutants and bio-contaminants in the aircraft cabin zone. The device will be installed after the HEPA filtration stage of the recirculated air and will provide efficient and durable degradation of ozone, VOCs, PBDEs and bio-contaminants.

Evaluation of the toluene degradation by photocatalysis is dependent on the test method. Air velocity doesn’t impact the kinetics in recirculation mode but has a large impact when tests are performed in single passage. At representative air velocity (1,1 m/s) in single passage, degradation of toluene was not measurable but was significant on Limonene (40% degradation). This is an interesting result as high boiling point compounds (like limonene) have the tendency to replace adsorbed lower boiling point compounds already adsorbed on activated carbon. Scale-up of the reactor will be done by increasing the size of the filter and the UV irradiance.